Higher interest rates loom. Get out your debt calculator. 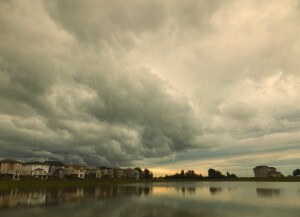 Got a debt calculator at hand? It could be time to re-crunch some numbers now that experts are forecasting a hike in Canada’s benchmark bank interest rate. It’s worrying people. Experts are predicting an increase of a one-half point base rate increase probably next autumn.

While the hike isn’t bound to significantly impact credit card rates, it certainly will impact the housing market, big-ticket item spending, and our economy at large. Mostly, it’s bound to impact Canadians’ thinking about spending, with the potential that many of us will leap before we look calmly and rationally at our household budgeting. To those who think they ought to spend more now before the rates rise, slow down. Some perspective is in order.

"People carrying consumer debt could be in for a 'shock' next fall. Interest rates could rise on consumer loans, lines of credit, variable rate mortgages and some auto loans."

Granted the worries are understandable. Analysts are saying people carrying consumer debt could be in for a “shock” next fall. Interest rates could rise on consumer loans, lines of credit, variable rate mortgages and some auto loans – all requiring higher payments. Many could be in for unwelcome surprises.

“Despite the low interest rates we’ve had for years, no one seems to have worked away at their debt levels. It will be a wake-up call for many consumers,” said Lynnette Purda, associate professor at the Queen’s School of Business, who spoke with CBC News about the matter.

She’s right, of course. For a long time Canadians have been on a spending spree thanks to cheap credit. With unprecedented debt-to-income ratios, we now collectively owe $1.5 trillion. Seems more of us should have put a debt calculator to work.

Let’s not panic, though. Let’s prepare intelligently for what’s likely to come. Particularly given the spending enthusiasm around real estate in recent times, we caution against rash, fear-driven decisions. As we told CBC News in an interview a few weeks back, people are bound to panic thinking they should get into the housing market before interest rates climb. They should stop to consider the overall, long-term impact of interest rate hikes along with a Canadian housing market that many are saying is highly overvalued.

In fact, global analysts are now saying Canada’s real estate market may be overvalued by more than 60 per cent – an astonishing figure. Experts here at home put the overvaluation closer to 30 per cent, but even that figure is a very scary bubble. Those who rush out to purchase real estate to beat a spike in rates could end up with homes plummeting in value in the event of a major market correction

"Too many of us in the country are already overextended. When you already have everything built into your house and car and you face even only a one per cent change in interest rates, your finances can be strained."

For 2015 at least, our advice is that people ought to think twice about making big purchases and stepping up their debt. Too many of us in the country are already overextended, with no wiggle room for an interest rate increase even of modest proportions.

The truth is, when you already have everything built into your house and car and you face even only a one per cent change in interest rates, your finances can suddenly be strained. Some in Canada ought to have the courage to make the right financial decisions.

For those with mortgages who are worried about an interest rate hike, the option might be to sell now and downsize to something that’s more affordable. Or, if selling is out of the question, the option of switching to a fixed rate mortgage is worth considering to avoid the impact of a rate hike. In all instances, think long term about your finances.

Meanwhile, with any interest rate spike, we see Canadians pulling back on big-ticket purchases like vehicles, appliances, and furniture. The smart amongst us will avoid temptations to make large purchases before rates go up.

Good money managers will work harder to pay down debts – including high interest plastic debt – to strengthen finances overall. That also could mean making lump sum payments against a mortgage or a line of credit, applying dollars to principal sums owed and reducing the interest paid in the future when rates do rise. As we say, keep your cool and your debt calculator in hand. Do the right thing for longer-term financial peace of mind.