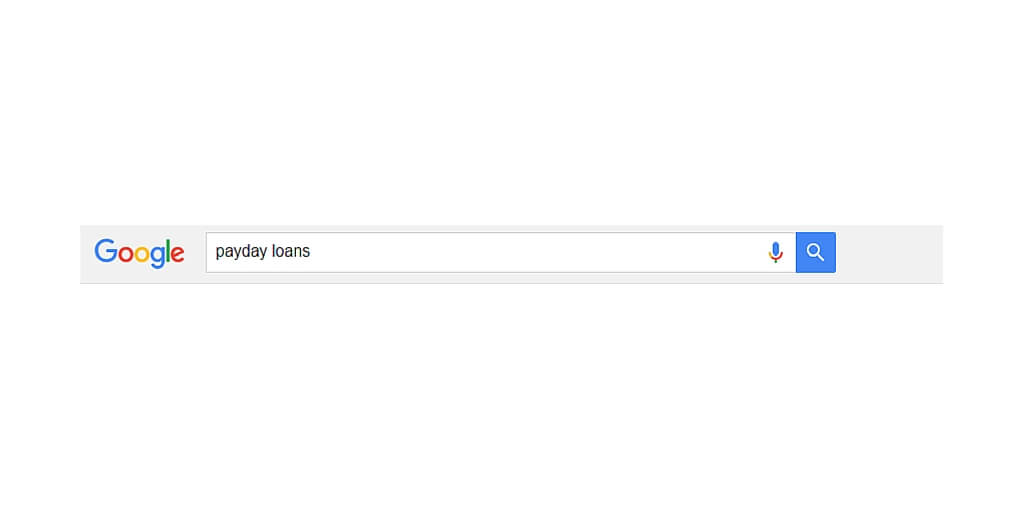 What Google Can Teach You About Payday Loans

After falling head over heels in love, I once asked a girl on a date.  After handing in our tickets at the admission window that balmy summer evening, she announced, “I’m here to attend the concert and not hang out with you”, and promptly made her departure.  After several seconds of deliberation, I concluded, this was a “bad date.”  What do bad breath, bad dates and bad news have in common?  With all three, you know immediately that something is wrong.

But how can you tell when you are about to sign a bad loan?  With all the fancy promotions and websites, payday loan companies are making a convincing case.  In fact, one study of Statistics Canada concluded that 353,000 Canadian families had taken out loans from payday lenders.  With new payday lenders cropping up on street corners of large and small communities right across Canada, this question rises with new urgency...”how can you detect a bad loan?”

When Canadians ask questions like these, we usually turn to our political leaders, financial regulatory bodies and our media.  But alas, with payday lenders charging as much as 546 percent per year, our leaders and media are strangely silent.  So, let’s turn to an institution that has a tremendous influence in our lives...let’s turn to Google.

On May 11, Google announced a new policy banning payday lending services in their ubiquitous online “Adwords” advertising.  According to Google, “When ads are good, they connect people to interesting, useful brands, businesses and products…Unfortunately... some (ads) are for fake or harmful products, or seek to mislead users about the businesses they represent.”

According to the Google news release on May 11, 2016, there are several warning signs to keep you from bad loans:

Studies show that people who use payday loans are young families, often with children and many being in jobs for less than a year, earning an average of $48,000.  Most of these people do not have access to friends or family for emergency financial help.  They tend to have no savings and they often have expenses that exceed their income.  In other words, these folks who are just starting out, are no different than you or I and they are vulnerable to exploitation.

Studies show that people who use payday loans are young families...

It’s time to recognize that a multinational company is taking leadership where governments have failed.  It’s time to limit the power of payday loan companies in exploiting our most vulnerable.  Bad dates, bad breath or bad news is fleeting.  Bad loans can hurt people in significant and lasting ways.