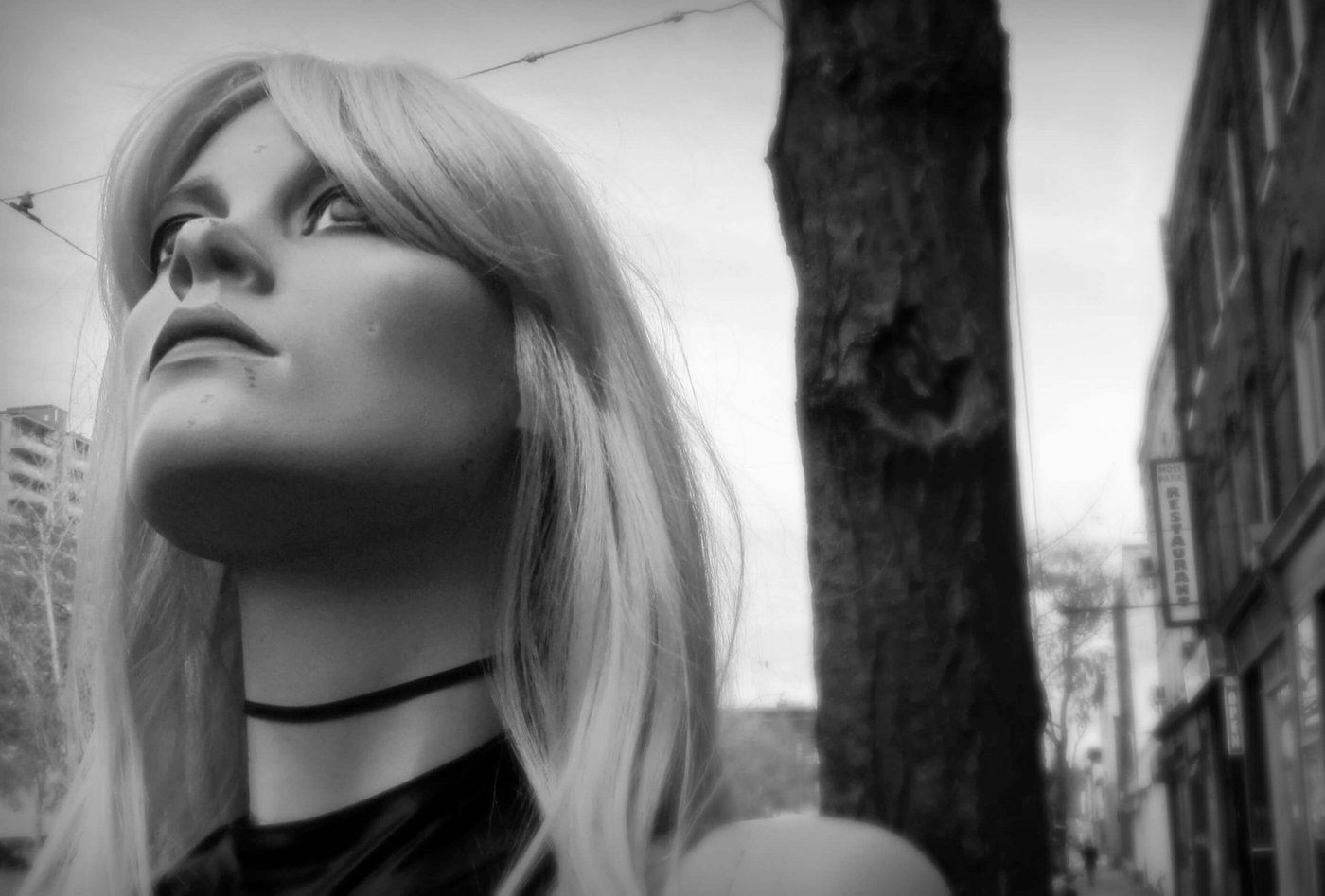 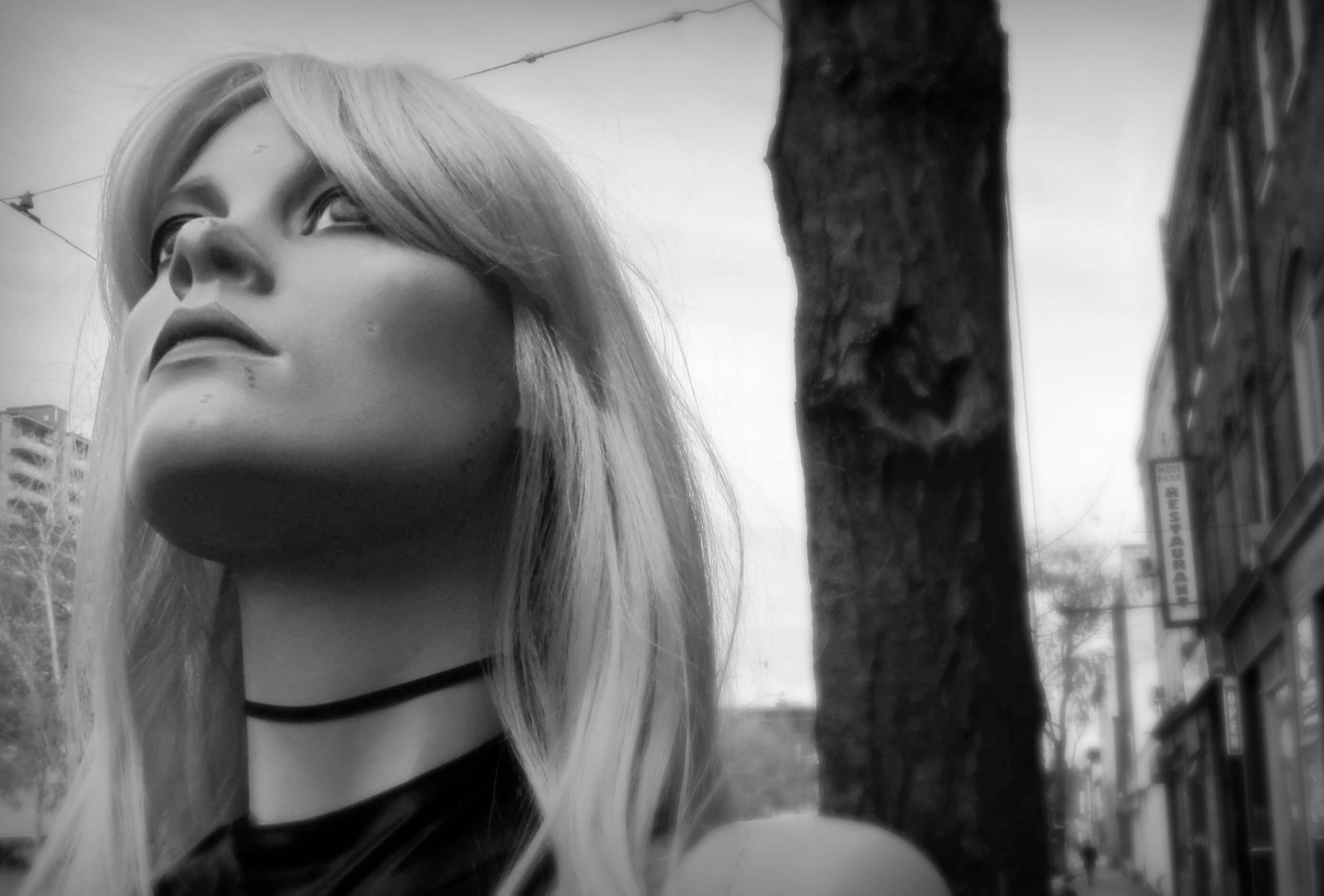 Before and during July’s Pan Am Games here in Toronto, there was a lot of talk about civic measures to manage traffic given expectations for congested roadways. Numerous temporary High Occupancy Vehicle (HOV) lanes – created to encourage carpooling, vanpooling, and travel by transit – took shape on various roads well in advance of the games and all the anticipated visitors to the city.

Turns out the congestion did not quite meet civic forecasts, a matter that rankled a number of local commuters, among them a guy with a couple of dummies for passengers (a familiar HOV- lane ruse) in a Dodge pickup truck. His behaviour classically signals how risky road antics bring fines that can affect one’s pocket book and perhaps even damage one’s credit score.

The officer might have mistaken her for a living being, but he noticed a bungee cord was holding her up.

As reported by Toronto’s CityNews a couple of days before the Pan Am Games launched, police spotted the guy in his pickup merrily cruising along Toronto’s Gardiner Expressway in a temporary HOV lane. Beside him were two passengers per the three-occupant minimum required for using the lane.

One of the passengers caught the attention of a hawk-eyed officer. He saw a woman with long black hair wearing a Montreal Expos baseball cap and a floral blouse. Given the speed at which he was travelling, the officer might have mistaken her for a living being, but he noticed a bungee cord was holding her up.

Police discovered both passengers in the truck were fully dressed mannequins, and the driver was hit with an $85 fine.

Stopping the vehicle, police discovered both passengers in the truck were fully dressed mannequins, and the driver was hit with an $85 fine without demerit points attached. The penalty could have been worse. Had the driver attempted this trick while motoring along a permanent HOV lane – as found on the QEW, and Highways 403 and 404 – he would have received a $110 fine and three demerit points.

The whole business got me thinking: is cheating on HOV lanes at all worth it? Say the driver here was on his way to saving 10 minutes worth of travel time with the aid of his colourfully attired, plaster-cast friends. Eighty-five bucks for a few saved minutes is a pretty hefty price to pay.

Traffic fines don’t come cheap these days, and the price you pay for them can really add up.

Beyond that I wondered, where did the dummies came from? Did the driver buy them? If that’s the case, he would have paid anywhere from $50 to $500 dollars per the going rates for individual mannequins (I looked the prices up online). It’s not unreasonable to think that at minimum the guy’s HOV gambit cost him $185 dollars, or what might translate to a good portion of his monthly vehicle payment.

Now, it wasn’t so long ago that I addressed the issue of fines in this blog. I said it’s smart to do your utmost to avoid them to begin with, and to pay them off immediately if you do get tagged. The fact is, traffic fines don’t come cheap these days. Moreover, the fines can balloon – through service, collection and interest charges – when you set them aside and forget about them, which is not uncommon.

Unpaid fines can wreck havoc with your credit score as those you owe dutifully report your behaviour for others to see.

Actually, very unwelcome news can result from neglected fines when they finally catch up with you. Long lost traffic tickets, parking tickets, and what have you can end up costing many hundreds, if not thousands, of dollars. Seriously, there are some real horror stories out there, as just a little online searching will show.

At the same time, unpaid fines can wreak havoc with your credit score as those you owe money to dutifully report your behaviour to credit rating agencies such as Equifax and TransUnion, which track your credit history and put a score to it for others to inspect. You risk being perceived not only as a deadbeat, but as someone with a bit of a criminal bent. Who wants that?

My advice is, follow the right path – and don’t hang out with dummies.