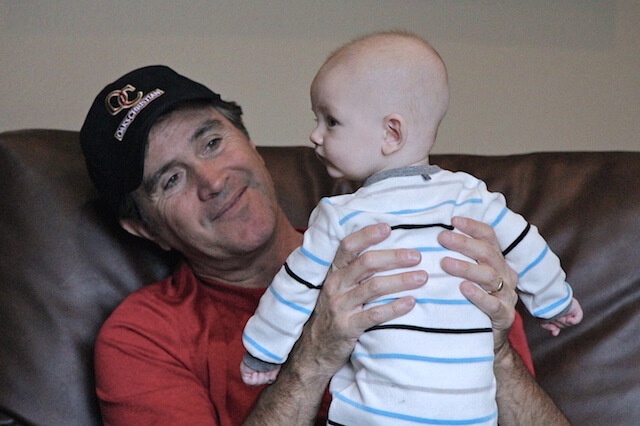 The greatest gift of all – family.

As we celebrate Christmas in Canada this year, let’s all take a moment to appreciate the greatest gift of all – families getting together to share warmth, companionship, and good cheer. Especially today, with 2016 heralding prospects for more stress in hectic times of change and economic uncertainty, we all ought to stop to think about the importance of family, what it means to each of us, and the trends that shape our perceptions of it.

To me, coming together at Christmas speaks to long-held and warmly regarded traditions extending far beyond the holiday season. There was a time, not so long ago in the history of our country, when in a sense everyday was like Christmas in terms of family gathering under one roof.

Let’s remember, family members – from parents and children, to grandparents and grandchildren – used to live together year-round.

Let’s remember that in many cases, family members – from parents and children, to grandparents and grandchildren – used to live together year-round under the same roof. Nobody back then thought the arrangements were unusual. Even, aunts, uncles, or other relatives were sometimes part of the household mix, and few blinked.
There’s a modern term for such arrangements – multigenerational living. It’s familiar to most of us nowadays in the limited context of Millennials leaving the parental nest later in life, or so-called boomerang kids returning home, usually for economic and budgeting reasons.

We ought to wonder why over the past half a century or so our world view of the family has narrowed so much.

But considering that multigenerational living is as old as time, having shaped cultures worldwide since the days of cave dwelling, we ought to wonder why over the past half century or so our world view of the family has narrowed so much. Now, we simply assume that families ought to be “nuclear units” normally consisting of two parents with two kids in orbit, or increasingly so, one parent with one or two kids in orbit.
While statistics show that this simply is the way of the modern, industrialized west, perhaps we should nonetheless ask what our hearts tell us about the matter. I raise the question after happening upon a Globe and Mail article from not so long ago with the headline, “The multigenerational home makes a comeback.”

There’s rise in multigenerational families. They’re discovering a comfort zone that comes from living together.

Quoting Barbara Mitchell, professor of sociology and gerontology at Simon Fraser University, the article noted that, “While multigenerational living is not unusual in many parts of the world, the norm in Canada has historically been small nuclear households. Now, however, we're seeing a rise in multigenerational families across cultural backgrounds."
Economic concerns affecting young adults – challenging job markets, housing prices, student debt and what have you – are not the sole drivers behind the multigenerational living trend. The changes are also societal, the article noted. In other words, emotional needs also appear to be playing an important role in the return to traditional ways.
"In the past, you raised children so you could send them out on their own. Now, families are discovering a comfort zone that comes from living together," the Globe said, quoting Susan Newman, author of Under One Roof Again: All Grown Up and (Re)learning to Live Together Happily.

More news of this nature came from Fortune Magazine recently, which noted that North America women in particular are warming to multigenerational living, with statistics so surprising that economic factors alone are not likely the sole drivers of change.
“In 1940, about 36 per cent of 18-34 year-old women lived with parents or other relatives. In 2014, according to a Pew Research Center report, almost the same percentage of young women (were) living with family members – a record since that time,” Fortune noted.
That said, I don’t think we should downplay too much the importance of economics here. Family finance and budgeting certainly figure strongly in the picture, with parents helping adult offspring survive. Still, I’m encouraged by signs that more people are coming round to appreciate multigenerational living for its own sake.

In a moving but unsentimental way, Pam Woody tells of what it was like to live in a multigenerational household.

To this end, Pam Woody, a staff writer at FocusOnTheFamily.ca, gets to the heart of the matter. She has been married for 25 years and now has three grown daughters. In a moving but unsentimental way – acknowledging that life wasn’t always a bed of roses – she tells of what it was like to live in a multigenerational household.
Pam writes: “With three generations in one house, space became a precious commodity. We all experienced a new level of vulnerability because there was no place to retreat when tension mounted or emotions unravelled. But we learned together that grace is the foundation for survival and that family members must embrace relational skills such as service, forgiveness, communication, respect and gratitude.

“We made the most of occasions to work and play together. We had so many opportunities to tell stories …”

“Despite the challenges, we made the most of occasions to work and play together. We had so many opportunities to tell stories of days gone by. We shared our family heritage and modelled our values in the little things such as tea parties with Grandma, baking apple strudel with Grandpa and learning to love both softball and football because we now had a variety of cheering sections.
“It warmed my heart to watch my mother read to my toddlers, bake cookies with my daughters and power-walk with my teens. My girls embraced life with a crippled grandfather and they learned to serve him with compassion. The very experiences that I would have chosen to protect my children from – like watching Grandpa near death – became the situations that built character in them.”
Thank you Pam, and enough said.
To all families in Canada, I extend best wishes for a very Merry Christmas and a Happy New Year.