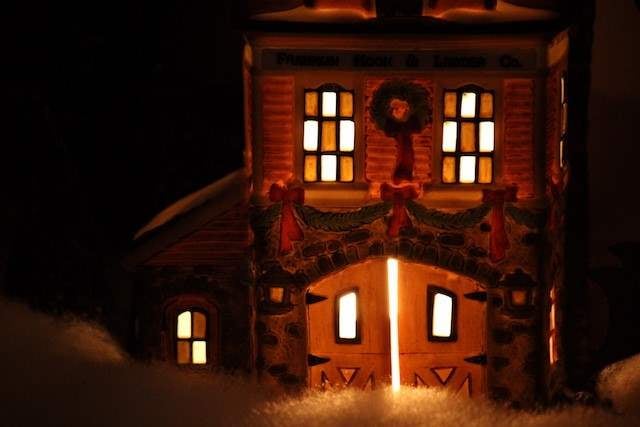 Exclusive! Mrs. Claus On Money and Her Millennial Elves

Once again I sincerely thank a wee, rosy-cheeked elf named Undlin Neldth for his generosity of spirit. A few years years ago, as head of publicity for North Pole Inc., he selected me among many bloggers for an exclusive interview with his boss St. Nicholas Claus – aka Santa – and since then Undlin and I have kept in touch by email. (See my previous interview with Santa here).

This year, I was delighted when Undlin granted me access to Santa’s wife – Mrs. Jessica Claus – for another exclusive interview. It took place earlier this month under cover of secrecy at a little Toronto eatery called Odin’s Hut (don’t bother Googling it, Odin’s Hut is known only to select Scandinavian insiders and a spattering of diplomats who relish salt-cured moose meat and the like).

Jessica Claus strikes just as imposing a figure as her burly, bespectacled hubby.

As Undlin once more noted, few bloggers and journalists actually get to meet the real Clauses, having to settle instead for interviews with their fake versions, with the male stand-ins often smelling of gin and nicotine. To avoid havoc involving other bloggers prior to Christmas, Undlin asked that I keep announcement of my interview with Jessica on the hush-hush until within at least a week of Christmas Day. So here we are!

I must say that in the flesh Jessica Claus strikes just as imposing a figure as her burly, bespectacled hubby. She verges on the rotund, is pink-cheeked and very spirited. On the other hand, she’s all business when it comes to discussing hard issues.

She hardly looks her 2,146 years as a magical, mythical being (like her husband, her origins actually pre-date Christmas, but that’s another story). In human years – purely on the basis of looks – I’d peg her at maybe a healthy 60 to 65. To my surprise, she didn’t appear wearing her standard red and white duds and cap. No, she arrived at the restaurant looking very business-like in a simple, green pantsuit accentuated by red galoshes.

According to professors of myth, Jessica was first married in Scandinavia at the tender age of 748 to a guy named Dolph, about whom little is known since Jessica remains mum about the relationship. The marriage ended when Dolph – a human being – died at age 83 (it should be noted that during this era, marriages between supernatural beings and human beings was considered taboo). After Dolph’s passing, Jessica met her mythical counterpart, the long-lived St. Nicholas (220 years her senior) and the rest is history. The couple bore no children, but as Jessica has often been quoted as saying, “My elves are my children.”

Jessica explained the elves’ behaviour and attitudes are virtually the same as humans.

When at Odin’s Hut I asked Jessica what she’d like to discuss during the interview, she said, “Let’s talk about my Millennial elves. Furthermore, Laurie, I know you’re interested in financial literacy, so what’s say we make things instructive and topical by focusing on some of my Millennial elves worst money and spending habits. You may be surprised by how much my little ones resemble human beings.”

Jessica’s idea was perfect as I saw it, but I was left wondering how she defined Millennial elves age-wise in relation to their human counterparts. Jessica explained that since the average lifespan of elves is almost equivalent to that of human beings, their behaviour and attitudes are very similar. Great, I said.

There are widespread problems with financial literacy among my Millennial elves.

With that I switched on my digital recording unit as the interview got underway. What follows is the edited result.

ME: So, Jessica, let’s discuss your elves with the understanding that we’re talking about beings in the 18 to 35-year-old range. In terms of personal finance, what troubles you about these little creatures?

JC: Quite frankly, there are widespread problems with financial literacy among my Millennial elves. I bring to your attention a recent survey by North Pole Inc. involving a sampling of 3,000 Millennial elves spread across work sites and communities in northern Alaska, Canada, Europe, Russia, and Greenland. The study found that only 24 per cent of older Millennial elves could answer four or five questions correctly on a five-question financial literacy quiz. That number dropped to 18 per cent for elves aged 18-26.

The survey revealed about 20 per cent of Millennial elves haven’t started saving.

JC: Yes, but there’s more. Our survey revealed about 20 per cent of Millennial elves haven’t started saving. And while almost 70 per cent have a savings account, most have less than $5,000 tucked away. Think of it. Never mind life savings, my elves should be budgeting for a snowy-day fund at least equivalent to three-months' wages. What if my elves are presented with life emergencies! And believe me, with the weather up north, we experience many such emergencies. For instance, when intense flash blizzards hit and windchill temperatures dip to minus 40 degrees centigrade and below, many of my elves loose fingers and toes – and sometimes the points of their ears – due to frostbite during stalled commutes to work during these storms. Fortunately, like amputated salamander tails, the elves’ missing parts grow back in full eventually. But during recovery, the elves are put out of commission for long periods of time, which affects income. Insurance helps, but it’s never enough and too few elves have proper coverage. Even for supernatural beings, life can be very tough at the North Pole.

ME: What can you tell me about your Millennial elves spending habits?

JC: Well, getting beyond our survey I can tell you what I’ve discovered through my own granny research. I travel extensively throughout the North Pole region utilizing my husband’s sleigh and reindeer. I could use other means of travel, but the reindeer need to stay in shape for the one night of the year when they really have to put out, so I keep Rudolph and the others active. I visit our many communities and factories and when I do I always bring large numbers of elves together – many of them Millennials– for ice-hall meetings where we discuss life and work in general. In the process, I’ve learned a lot about their money management skills, or lack thereof. Much work needs to be done on their spending habits ...

None of these little big spenders have taken the time to track their spending.

ME: Sorry to interrupt, but does your husband join you for your journeys?

JC: Oh, heavens no. Nicholas spends virtually the entire year eating to bulk up, and overseeing the toy factories and work sites. Humans don’t realize the amount of energy he expends on Christmas Eve. Taking into account the different time zones and rotation of the earth while moving east to west in his sleigh, he delivers gifts to almost 400 million kids in about 30 hours. By the time he gets home after the night’s work he’s gone from 300 to 98 pounds even though he’s eating snacks put out for him all along the way. He’s a sorry sight. His rumpled clothes hang on his bones like the wrinkled fur of a Shar-Pei puppy. Then he’s in bed ingesting soup for almost two months before he can get up and about again.

JC: Returning to spending habits, when I ask the younger elves what they do with their expendable income, a good percentage of them talk about workdays spent buying lattes and lunches, snapping up magazines, candy, and making other impulse purchases. Or on weekends they’re hitting the bars and restaurants and often getting hammered before taking Uber and cab rides home. This behaviour demonstrates a serious lack of spending discipline. Meanwhile, they don’t realize how all these expenditures add up over time. The elves who smoke are particularly unconscious of what they’re spending. I mean, these days at a pack a day we’re talking upwards of $4,400 over the course of year. That’s an astonishing way to waste money and at the same time slowly do yourself in. Imagine if they saved and invested those dollars! The problem here is that none of these little big spenders have taken the time to track their spending to identify exactly where their money is going.

Almost half of the elves use credit cards to buy necessities such as food, or to pay bills.

ME: Reminds me of a lot of humans. Incidentally, my agency has a handy Budget Tracker that might interest you. I’ll send you the link. But if I may just touch on a point you just made: Did I hear you say you have Uber taxi services way up north?

JC: Yes. Of course, our vehicles are different. You’ll find Uber elves – many of them Millennials with second jobs – tooling around in treaded snow crawlers, profeller-backed gliders, and other vehicles built for snow and ice, including that old standby, snowmobiles, which offer the most economical fares aside from dog sleds. But getting back to bad money habits, I’m really concerned about how many of my Millennial elves are spending unnecessary money for the short term without seeing life’s big picture, especially in relation to saving for, say, a home, for a child elf’s education fund, or for a retirement nest egg. Also, I worry about how my Millennial elves are using credit cards. Our survey revealed that almost half of the elves use credit cards to buy necessities such as food, or to pay utility bills. This behaviour can lead to over-reliance and credit cards and to debt problems as well as bad credit scores, which most Millennial elves fail to keep track of I might add.

The financial advice seems to go in one pointy elf ear and right out the other.

ME: What sort of financial advice do you give your Millennial elves?

JC: I basically give them the same advice you offer through Credit Canada, Laurie. I tell them to set financial goals and keep them in mind over time for inspiration. I say track spending habits and prepare a written monthly budget. I say stick to it. Above all, I tell them to save their money. Trouble is, I say these things and they seem to go in one pointy elf ear and right out the other. Which reminds me, I was wondering if Credit Canada could help North Pole Inc. set up a financial education program for all our elf employees. You do that sort of thing don’t you?

ME: Well, teaching elves would be a first for us, but I see no problem. We’d be happy to help.

JC: Good. I’ll put you together with Undlin Neldth and you can sort out the details.

JC (looks at her watch): Oh boy, it’s getting late. We’ll have to wrap this up. Nicholas will be ravenous by the time I get back to the Pole and I’ve got two turkeys in the oven. Fortunately, Rudolph and the gang are providing my transportation. They go like hell.

JC: They reach supernatural speeds of up to 1,000 kilometres per second.

ME: Wow ... Well, thanks so much Jessica for taking the time to talk with me.

ME: All the best!